The Sd.Kfz.4/1 Panzerwerfer 42 was a German multiple rocket launcher, constructed on the half-track chassis of the Opel Maultier truck in 1943, using the rocketry system designed by engineer Rudolf Nebel. The Opel Maultier was converted into a well protected, fully armored vehicle with a crew of four people, which could conduct fire directly on the battlefield. Overall about 300 Sd.Kfz.4/1 Panzerwefer 42 cars were produced during 1943-1944 which were used on the Eastern Front, and in Europe after the opening of Second Front in 1944. 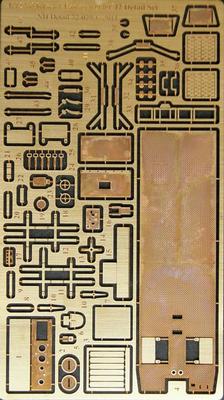